Every month there is a chorus of disgruntled moans at the Humble Choice reveal but November really banged out a winner.   Most redditors and reviewers threw rocks and broken glass at last month's bundle and while I salvaged some enjoyment out of the October bundle from Sunless Skies, it's indeed a happy occasion to see games you are excited about playing. Here's a rundown after sampling most of the titles. 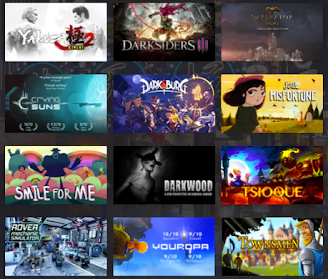 Yakuza Kiwami 2-  I love Yakuza 0 and was more than happy to have Kiwami 2 which is considered to tell the best narrative of the series.   With 10 entries in the mainline series,  it's tricky to know where to poke your head in as one can easily get lost in the vast hierarchy of the Tojo Clan and rival Omi Alliance.  Yakuza 0 the prequel is often recommended and is where I first laid my eyes on a grown man in a diaper.  Every Yakuza game is designed to be played as a Yakuza virgin's first with the backstory summarized for you so you could start here. Almost every Yakuza game shares some essential ingredients of Japanese wackiness, obligatory sexually weird shit like grown men in diapers, side missions with a heart of gold, mini-games galore, karaoke bars, intimate restaurants, convenience stores, sprinkled over a dense city map of Kamurocho interweaved with the conflicts of the Tojo Clan which needs straightening out from the straight faced Dragon of Dojima, Kiryu Kazama. This entry also includes Majima's tale of going legit building a construction company.
Kiwami 1 &2 are currently on Xbox Gamepass. Yakuza 0 often goes on sale for $5.

In an unabashedly video gamey of video game plots,  you play as the one and only purpled haired stiletto heeled horsewoman of the apocalypse.  You are tasked with hunting down and exterminating the seven sins with your blade whip and a nut bashing costume if there ever was one. Fury is definitely more aggro than her brothers, War, Death and the delicate Strife.
The best positive review comes from Skillup on youtube who explains how reviewers trashed Darksiders 3 due to steep triple AAA $60 price tag without the polish and content.  While he acknowledges the problems, esp. with the camera, he undeniably had some unadulterated fun.  That's the core- this game is about having fun even if it's shallow like the  simple pleasure of munching on a sugary bowl of cereal watching Saturday morning cartoons.  The steep discount should let D3 be forgiven.  Don't expect God of War.  D3's tale is morally uncomplicated and it's no sin that this game is an enjoyable wrapper for "boss" fights of the seven deadly sins.
The cringey campy dialog will grow on you. "Death- you are anti-life." Visuals are  decidedly last gen, I've seen multiple skyrim ebony armor mods that had better smithing than Fury's chunky getup. And that camera will really fight you tooth and nail where you can't even see the enemy while fighting, just strands of purple hair.

Little Misfortune - a twisted and dark-humored point and click

Little Misfortune is a short game(~ 3 hours) with an engaging dark narrative about a little girl named Misfortune trying her very best in a grim world. A dark voice inside her head pushes her towards a game of pursuing 'eternal happiness' which she wants more than anything for her sad "juice" addicted mother.  The story takes more than a few wild imaginative turns best left spoiler free. 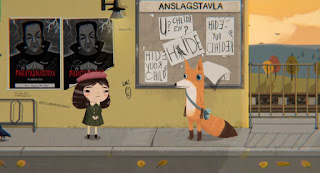 I'm of two minds. The excellent voice acting and compelling story line makes this an interesting game but not necessarily a good game. The main game mechanic is walking and selecting decisions abetted by a few light puzzles and dexterity mini-games. But you will play for the story and to see if you can indeed obtain 'eternal happiness' for little Misfortune.

Crying Suns -  This tactical rogue-lite oozes atmosphere through it's stellar pixel art and moody sound track. As a cloned admiral resurrected to command a ship to make contact with the Empire, player traverses a procedurally generated node graph of star clusters filled with an diverse array of random events beyond just enemy encounters and resource scavenging on ship wrecks and on the planet surface. Game states there are 300 events and perhaps you will undoubtedly encounter a lot of repeats in subsequent runs. However as a casual player sampling Crying Suns, the events felt fresh even if most are sci fi tropes.

Even though I'm not much for tactics games like FTL but this rock/paper/scissors (drone/fighter/frigate) combat over a hex grid actually won me over.  Crying Suns has a more cinematic feels than FTL drawing you in with the main storyline about a fallen Empire. The optional dialog is very heavy on the lore exposition but when a colonist tells you of "sex slaves and baby makers", you might want to read through more dialog.

Because of the dialog, the crew feels much more like individual human beings than the crew on FTL. There is a free Steam demo you can try. I'm not sure I would have gone out of my way to buy it but as a Humble Choice inclusion, I'm happy to play this title.

Darkwood is an unforgiving top-down survival horror game designed for only serious masochists.  The player is vaguely trying to escape the "Woods" in a plague ridden apocalypse where trees, mutants, and supernatural powers have gotten out of control.   Nothing is explicitly explained and left to environmental story telling for you to piece together. I'm always amazed when pixel art horror titles can generate such a deep sense of terror and dread and night time will have you clenching your orifices in a way you haven't.
I've found controls are rather finicky and weapons are designed for a more realistic clunkiness and often I would just run for it panting and gasping because the weapon degradation was not worth the fight.   The stamina meter drain is brutal, it's the fastest depleting thing I've ever used in gaming.  But this is a title that one plays in dark stormy days of winter.
Other Worthwhile Reviews:

Rover Mechanic Simulator - Yes it's theoretically possible that being a Martian mechanic disassembling and fixing broken rovers is mildly more interesting than being your garden variety earthbound mechanic in Car Mechanic Simulator.  However why does repairing worn bearings on Mars and on earth feel so same, taking off screws and cover plates except you get to 3d print needed parts instead of hitting up your suppliers. The strength of this title is that you do get to handle mars rovers based on real world NASA rovers like Curiosity.
Unfortunately the gameplay is clicking and more clicking on rather dull mechanics, shuffling back and forth between the various stations. There is a gamer out there who loves chilling with such low stimulation sim games listening to playlist or podcasts.  Me, I wants to take these rovers for a sweet ride once I've fixed them but you are pretty much a prisoner in this hermetically sealed one room garage.

Imperator:Rome Deluxe Edition - you know a Paradox game isn't much without the many DLCs so Humble does us the courtesy of giving us the deluxe edition.  However,  Imperator:Rome is one of their worst entries in the grand strategy genre and was panned widely on release for lack of depth and content.  Subsequent updates have only further alienated the player base judging by drop off in players and continuing increase in negative reviews. Personally, I think if you have to spend precious life time and energy on a Paradox game, Crusader Kings III is where it's at.

You are a rather soft dumpy humanoid creature with the special ability to defy gravity and walk on walls with suction cups for feet, like a doughboy Etherborn. Youropa, or a cartoony version of Paris has been torn apart and floated in the skies and you have to solve puzzles to (whatelse) restore order.   Despite all the positive reviews for this platformer, the plodding motions of the game play did not appeal to me. Most likely because I was replaying Ori and the Will of Wisps yesterday where I was chaining moves flying about so the heavy plodding movements of the You character fell flat on me.
Given the abundant existence of absolutely stellar platformers like Ori or Hollow Knight, it's hard for second tier puzzle platformers to compete for your time and attention. And it's the case here that I'd rather spend my precious gaming hours exploring more of Hallownest.

Did you ever want to role play a little princess escaping the evil wizard who's taken power while her mother Queen is away? No, me neither. I guess Little Misfortune was enough to fill the point and click quota for this month as I wasn't compelled to play any more than the first few scenes.

Smile for Me - yet/not another wacky indie point and click

You are a voluntary(?) resident at a happiness habitat trying to bring happiness to your fellow depressed patients.  The habitat has some sinister undertones with every day starting with a live action puppet VHS video of Dr. Habitat cramming positivity down your throat and enforced night curfew. The game uses some novel mechanics for shaking the screen for shaking your head to respond to NPCs.  This title is a matter of personal taste and this title didn't grab me by the lapels in the way Little Misfortune did.

I'm pleased even if all I got was just Yakuza Kiwami 2 and Darksiders 3 but we got more. Darkwood, Crying Sun, and Little Misfortune were interesting worthwhile additions.  The rest unfortunately will languish on my bundle leftovers pile never to be touched again.
I'm still digesting Humble Choice morsels from the last 3 months. I started playing Sunless Skies from the reviled October bundle which really gripped my imagination. Just one good game is enough for me to make Humble worthwhile at my current $10 deal and this month was a boon.